Sri Lanka Tour in one Week

Sri Lanka Tour in one week, One Week tour in Sri Lanka:

7-Day Off the Beaten Track Adventure in Sri Lanka

Spend a week exploring Sri Lanka’s Island of Splendor to the fullest
Sri Lanka has just enough variety to captivate even the most seasoned experienced traveler over many days. For people who have limited time, this excursion, nevertheless, hits the must-see landmarks. The island is home to several monasteries, beautiful tea plantations, historic fortifications, and Buddhist sites, all of which are surrounded by the lush vegetation that only a tropical climate can provide. This is a packed schedule with stops at ancient monuments and monasteries, yet there is still time to relax and take in some tropical sunshine.

Your tour agency representative will meet you when you land at Colombo‘s Bandaranaike International Airport (CMB) and bring you to Negombo.

Arrival in the renowned seaside town of Negombo, known for its flourishing aquaculture industry and fine sands. Near the capital of Sri Lanka, this tranquil resort town is the ideal location to see people bringing in the day’s fishing and enjoy the twilight.

Visitors are free to show up in Negombo at any time as there are no other plans for the day.

You can choose to visit the island or use the hotel’s amenities, which include an outdoor pool and flower beds with views of the Indian Ocean, assuming your airline lands earlier in the day.

After departing Negombo, we make our way along the coastal highway in the direction of the north, passing through the quaint communities of Chilaw and Putalam, before arriving at the Wilpattu Nature Reserve gate. In this location, we will disembark from our car and switch to land rovers for a midday excursion in the park in the hopes of spotting Sri Lanka’s most elusive resident, the leopard. Even though Wilpattu Nature Reserve is in the dry zone of Sri Lanka, it has over 50 lakes and is well known for its chances of seeing wild elephant, leopard and sambar deer. Since we think this park offers a decent encounter for our visitors, we chose to visit it rather than Yala National Park, which is located further south. Although it is hectic in some areas, it is generally less congested and the same wildlife can be seen here as in Yala, attempting to make our tour more entertaining and fully accountable. Acknowledging that wildlife is unpredictable, it should be noted that encounters cannot be assured. We depart from the nature reserve and travel to the nearby city of Anuradhapura, in which we will stay an evening.

After a hearty breakfast, we tour Anuradhapura, an old city that is now a UNESCO World Heritage Site known for its well maintained remnants. It was established in 500 BC, making it one of the oldest surviving towns on the planet. Around 260 BC, when the King and his subjects embraced Buddhism, the civilization entered its golden period. The city grew significantly and covered a large area. There were medical facilities for the ill, lodging for travelers, and man-made water storage facilities.

The 2,200-year-old Sacred Bodhi-Tree, the Brazen Castle, a former nine-story monks’ dwelling, the masterwork of Smadhi Buddha from the fourth century, and the Ruvanvalisaya Dagoba, a 90-meter-tall sanctuary that towers over the surrounding landscape, are all of considerable interest.

Our next destination is Dambulla, where a magnificent collection of caves that date back to the first century BC have been transformed into sanctuaries. Here, we will enjoy a typical Sri Lankan meal of “rice and curry.” Numerous worshipers continue to flock to this World Heritage Site. We will travel to five different caverns that are home to several Buddha statues and a handful of Hindu deities.

Stay the night in Dambulla.

We’re getting an early jump today because we want to climb Sigiriya Rock before the masses arrive and while it’s still chilly. One of Sri Lanka’s top tourist destinations, the remnants of this fifth-century “Sky Fortress” are a magnificent view to see and a masterpiece of architecture. It is regarded as one of the greatest surviving instances of historical urban design on the entire planet and was constructed in just seven years as a fortified palace to safeguard the reign of the cruel King Kassapa, who had murdered his father and removed his brother.

This spectacular rock fortification, dating from the fifth century, stands 180 meters above the lowlands, providing sweeping views of the surrounding area. The climb to the top is up a series of narrow passageways and steep steps that were once used as a refuge against attackers. The famed mosaics, the Sigiriya Damsels, with their colors still burning, are located halfway up, hidden below a protective overhang of rock. The only remnants of the old doorway that gave Sigiriya, the “Lion Rock,” its name, are a pair of giant lion paws chiseled out from the stone that we walk through before making the final journey to the peak. When you reach the 200-meter pinnacle, you will see the ruins of the King’s Mansion, which crown the flat-topped pinnacle of the rock and offer amazing scenery of the surroundings. Far simpler is the descent.

The historical city of the Sinhalese is Polonnaruwa, which is only a short drive away after lunch and takes around an hour to reach. From a thousand years ago, when Sinhalese civilization was at its height, there are several Buddhist monuments and artifacts. After it was decided to relocate the capital from Anuradhapura to Polonnaruwa so that it was more distant from the assaults from southern India, the city developed in the 12th century. We will visit the ancient Buddhist temples, fortresses, enormous dagobas, and magnificent statues.

In the evening, go back to Hotel Dambulla so you can chill off in the swimming pool.

Today, we travel to Kandy, a charming city in the highlands. Kandy, which is located 112 kilometers northeast of Colombo on a mountain range 500 meters above sea level, is completely different from Colombo in terms of its climate and culture. It is a location of religious and historical significance because it served as the seat of the last Sinhalese kingdom before it was conquered by the British in 1815. Buddhists from all over the world travel here expressly to see the Dalada Maligawa, or Temple of the Tooth. The uppermost story of the existing structure houses the pricey jewel-encrusted sanctuary of the Holy Tooth, which is thought to be the left canine of the Buddha. This artifact was transported from India 1,500 years ago, and it is annually paraded through the town during the lunar month in August with considerable fanfare.

Visits to the tranquil Peradeniya Botanical Garden and the Temple of the Tooth Ceremony are included in this morning’s itinerary. You have the rest of the afternoon to explore discovering this charming old mountain town.

We’re hoping to get the chance to see a presentation by the renowned Kandyan performers in the sunset. We’ll be able to marvel at their stunning outfits and beautiful dances, which will be complemented by a pounding steady beat.

We set out this sunrise for a day trip through central Sri Lanka’s scenic tea region highlands, which will take us around 2.5 hours of driving. Our objective is Nuwara Eliya, also known as “Little England,” which the early British and Scottish colonists used as a favorite cool retreat. This settlement, which is 1868 meters above sea level, is situated in the region of Sri Lanka that is well known for producing tea.

James Taylor started Sri Lanka’s oldest farm, the Loolecondera Estate in Kandy, 25 years after a tea shrub was initially transported from China to be planted at the Peradeniya Botanical Gardens. In Sri Lanka, the tea business now employs more than a million individuals. We do not watch the picking of the tea leaves at the plant we visit because it is a tiny, personal one. However, visitors do see the curing and processing of the leaves, and we taste some of the mixes prior to actually leaving tea province.

There will be time after lunchtime to tour the city’s main Tudor-style motels and cottages from the colonial times. With its rolling hills covered in greenery and mini waterfalls, the location is incredibly lovely. Nuwara Eliya overnight stay

Next, after morning tea, we make the approximately 4-hour trip back to Colombo. We spend the midday in the capital city of Sri Lanka after arriving. We’ll stroll through Colombo’s old “fort” zone, which is now the city’s economic hub, and see the Pettah district, which is renowned for its humming outdoor bazaars and markets. As a haven of peace in an otherwise chaotic city, Gangaramaya is the most significant Buddhist temple in the capital. The journey will also end at Galle Face Green, a city park near the seafront where inhabitants congregate to play cricket frequently and perform other superstitious routines.

Well after Colombo Guided Trip, we move to the Bandaranaike International Airport in Colombo, where our journey comes to an end. 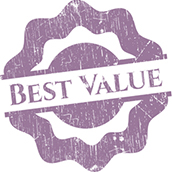 India your way, your route, your style

• Price based on two persons in a double room
• Prices are in USD Excluding international flights
• Do you prefer to travel alone or would you like to come to India with a group of friends? We will be happy to tailor-made your tour program that meets all your wishes and needs

Would you like to have the trip tailored to your wishes?

Our itineraries are only examples and suggestions and can be customized individually. For example, a trip can be shortened or extended with additional destinations or monuments, the hotels can be a mix of 4 and 5 star etc. Let us know your personal wishes so that we can adapt the trip to your wishes. Connect with our travel expert for a 1:1 consultation and receive your obligation free travel proposal. Together with the travel request we will send you the hotel list so that you can get a picture of the hotels selected on the internet. We promise ✔Competent and Friendly Guides ✔Expert Drivers ✔Best Hotels ✔24/7 Support. Read more on Why Vacation India?

There are no reviews yet. Be the first one to write one.

To receive the list of Hotels selected for this tour, please email us at [email protected]

Sri Lanka Tour in one week, One Week tour in Sri Lanka: 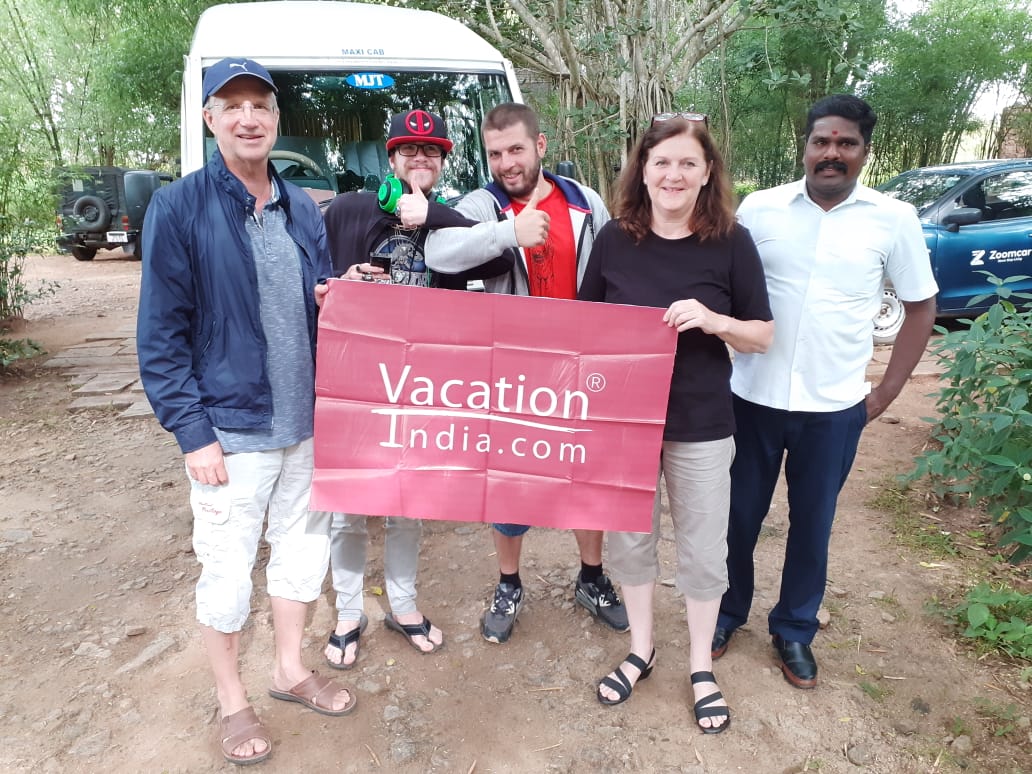 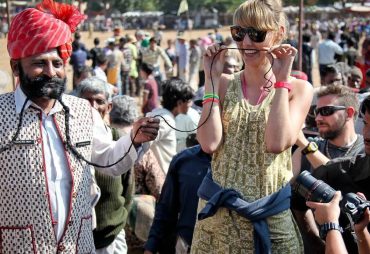 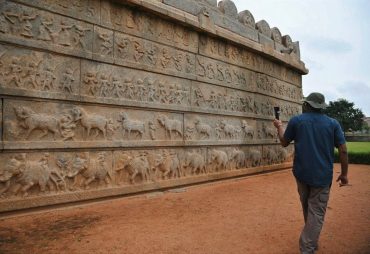 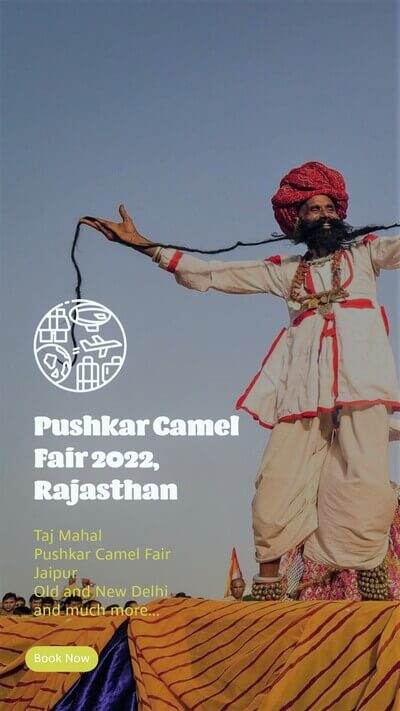 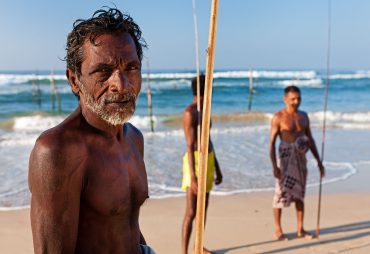 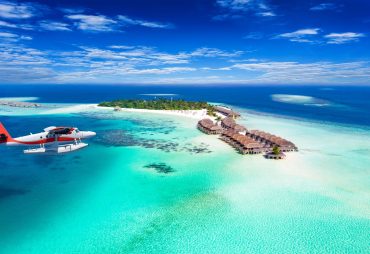 Vacation in Sri Lanka and the Maldives 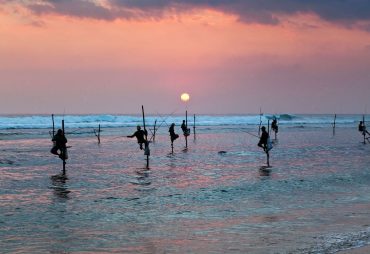 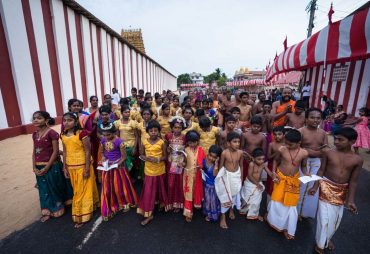 [contact-form-7 id="1787" title="Book Now Form" html_id="tour_booking"]
Vacationindia.com makes use of analytical and functional cookies for the optimal functioning of our website. Included are the cookies mandatory for our website to operate smoothly.
DeclineAccept
Manage consent

SAVE & ACCEPT
PLAN MY TRIP